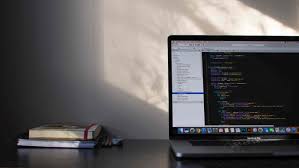 Your passion and belief is the key, not your coding skills.

I got a lot of love on my article 9 things I learnt from the most successful non-tech founders and I realised that there are not much resources for non-tech founders. This blog is in continuation to the same topic.

(This article originally featured on the blog at Indiez.io.)

Looking at the profiles of the founders of the major players in the public markets such as Microsoft, IBM, Google, Apple and Amazon can discourage any non-technical founder.

Ishan Shrivastava and I (co-founders of Indiez) are non-technical and grew Indiez to 250+ community members and worked with 400+ founders before we got Amrose(our CTO now) onboard.

Did you know that Jeff Bezos had two Bachelor of Science degrees in electrical engineering and computer science, Bill Gates had written first computer program at the age of 13 and Google founders had acquired their P.Hd from Stanford University. The list goes on…

They were technical and built first version of the product themselves.

The most important thing was — all of them believed in what they were doing. They were obsessed with the problem and wanted to solve it from their heart.

And that’s the entire point!

If you believe that the problem has to be solved there’s no force in the world who can stop you from doing it.

But, you have one simple problem, you are non-technical. Ouch!

One line answer — By proving your obsession by building a product.

I can give you examples — Sean Rad (Founder of Tinder, now top grossing app on iOS store), Brian Chesky (Founder of AirBnB), Michael Dell (Founder of Dell) built some of the highest valued tech companies even with their non-tech backgrounds.

Their stories along with multiple others establish that non-tech founders can succeed.

Firstly, let me tell you a truth that no one tells you!

At Indiez, we have spoken to over 600+ non-tech founders who shared their product ideas and apprehensions with us. We realised a pattern.

There are two kinds of startups — ‘tech’ startups and ‘web-based’ startups. Startups like Google and Facebook that have complicated algorithms at their core are ‘tech’ startups while a lot of other startups like Alibaba are simply ‘web-based’. They recognised that the web could bring together and match buyers and sellers on an entirely new scale, and at a very low cost.

And they built it!

Conclusion — You may have tech oriented solution to every problem but it’s not only technology that solves the problem.

That’s how Jay-Z built Tidal. He had a problem to solve and a network he could leverage. He used technology to solve that problem and built an app.

Now, we that we have this bit sorted. Let’s move on.

Here is a step-to-step guide to help you with your first product.

1. Find a problem worth solving

The trickiest part is to find a problem worth solving and then coming up the right way to do it.

“The very best startup ideas tend to have three things in common: they’re something the founders themselves want, that they can build and that few others realize are worth doing.” — Paul graham

Find something that’s missing in your own life, and supply that need — no matter how specific to you it seems. Steve Wozniak built himself a computer; who knew so many other people would want them?

2. Double down on your skills

As a non-technical founder, your greatest trait is your ability to generate creative ideas. Having a contagious passion, ability to hustle anddedication for the vision comes way before any hard skill.

Brian Chesky, founder of AirBnB said, “As CEO I’m the captain of the ship, I have two jobs: The first job is, I have to worry about anything that can sink the ship. Beyond that, I have to focus on two to three areas that I’m deeply passionate about.”

The three areas he picked were product, brand, and culture.

You need to believe that you can keep your ship sailing with the skills that you have and can acquire. That belief will determine everything.

Pick your strengths and play with them while you learn other things by reading actively and networking with smart people.

Read this guide to develop the right mindset as a non-tech founder.

You need an excellent way to communicate your idea to potential users, co-founders, developers and even investors. The best way is to start sketching, even if it’s on paper!

The following tools will be handy —

Get inspired — Use SketchAppResources, UI Patterns, or ProductHunt to look for inspiration of great products, or even use some open-source freebies of app interfaces (Freebiesbug) and tweak them a bit.

Design — Use Sketch, Balsamiq, and AdobeXD to design an interface of your app.

Zapier will help you to connect all your tools to put you MVP together.

If a prototype looks good from the front end, you’ll have an easier time persuading talent to help you work on the back end.

Read this for more tools to help non-technical founders prototype.

Find influencers in your industry whose experience and insights you can learn from. Cold email them and follow up till they agree to give you feedback.

Share your idea in the form of MVP with them and ask their inputs about — How you can make money? How will you get users?

Ask them to point out product pitfalls that they notice.

Quick Tip — Spending time with experienced people can help you save 1000s of dollars by avoiding obvious mistakes.

For example, we at Indiez were approached by Rahul who wanted to build an app that would have easily costed him $100,000. But after understanding his requirements, we suggested him a simple solution — build a chat bot instead.

He went on to acquire his first 1000 paid users without spending on expensive ads. From negotiating with a top rated agency at $100,000 to shipping the right product in $10000, the learnings were life changing for him!

6. Define what you want to build

Understanding and documenting project requirements is a time-taking process. PRD is a document to define the purpose, describe features, set completion criterion and sketch deadline.

My personal favourite is PRD of Product Hunt. It’s extremely well documented and you can use the template to write yours.

Quick Tip — Skip the technical details. They can be figured out later

5. You know what to build. Now let’s build

You could find a tech co-founder, hire a freelancer or a development shop, work with new-edge models (like Indiez) that provide consulting along with product development.

You should use the PRD you created above to get a quote.

Quick tip 1 — Stay wary of anyone to eager to work with you, without even hearing the requirements in detail. If someone can give you an exact price tag or timeline after a five-minute phone call or a single email, they’re setting you up to fail.

Quick tip 2–75% projects fail due to project fatigue. Ensure that the project is divided into small timely deliverables.

Do not sit back and wait for the development process to finish.

Ask your development partner to show you functional software. Download and demo your product every two weeks — minimum — and ideally, every week.

There are technologies that enable you to see the changes being made by the developer remotely in real-time. Get a version of it on your phone and play with the features as the app is being built. Don’t wait until the beta release is ready.

If the firm doesn’t allow you to do that, it’s best to not the best idea to work with them.

Correct if a feature has been implemented incorrectly and continue to take feedback from users and suggest any modifications if needed.

Quick Tip — Catching an error just one week, versus 3–4 weeks into the build, will save money, time and a lot of re-work. Take charge and be one step ahead always!

Start building an audience for your product by writing actively about it on Medium and other social media channels. Talk about your vision, share your learnings and build some excitement around the product.

Engage with people who might be interested in testing the product for you and giving genuine feedback.

A simple way to do it is to set up a landing page (use tools like Instapage) with a simple deliverable (like an ebook or an exclusive pass) when they sign up for beta-testing.

Run a Facebook ad to relevant audience to start generating a small list of beta users. Consider signing up for beta-list, Ship by Product Hunt and other pre-launch websites.

Read this awesome 7 min read to to save $100,000 on your app idea for more marketing hacks.

Now your product is ready and it’s time to test it vigorously. Hire freelance testers from Fiverr if you want to involve more people in the testing process.

After basic testing, do the beta launch. Actively engage with users to take feedback on the product. Understand what is working and what isn’t.

Use the build-measure-learn loop to reach the product-market fit. Once you establish that, double down and start pitching to potential team members as well as investors.

Now go out there. Take that plunge, take that leap of faith.

If you want a problem to be solved, there’s no reason why you will not be able to find a solution.

Your passion and belief to build your idea is central to everything that you are doing. Learn from the data and move on.